The man who picked us up in the blue European Waterways van we’d come to know daily during our barge cruise showed up to Narbonne promptly. He parked, got out of the driver’s side of the vehicle, and we shook hands.

We told him our names and expressed our excitement. We got into the car to wait for the other passenger to arrive at the train station, and we said, “We never got your name – what is it?” He replied, “I’m Laurent! I’m the captain.”

And that was the introduction to a man who would quickly fill the role of the boat driver, of course, but we’d soon realize he was so much more; captain Laurent was truly a wonderful surprise on our barge cruise

Sailing the Canal du Midi with the Captian at the Helm

The captain’s primary role, as anyone knows, is to drive the boat. Every day he would give us an overview of the day’s schedule. He would mention when we would go on an excursion, when we had to be back onboard to sail, and where we were going.

He was also careful to include information about cool bridges, locks, or scenery that was coming up. Every detail of the canal is committed to his memory.

Be Sure to Ask the Captain Questions

Not only did he share a wealth of information with us all the time, but he could expertly answer any questions about the boat, the canal, and the cities we were visiting.

We realized that there was virtually no related question that Captain Laurent couldn’t answer. He was a wealth of information about the area and boating. Our recommendation is to ask him questions! You’ll learn so much.

He enriched our experience aboard Anjodi and sailing the South of France that week.

The Captain Added Humor to the Week

We’d quickly learn the captain’s personality had many facets that we’d come to adore. Not only was there a serious captain who had a job to do and the passengers’ and crews’ best interests in mind at all times, but the native French speaker could communicate so fluently and perfectly in English that even humor in a second language was one of his strong suits.

He would crack jokes with us that kept us laughing. For a visual of his comedy, you only need to look at him posing for a photo as we sailed through the 9 Fonseranes Locks near Beziers!

Captain Laurent Made us All Feel Safe

We didn’t know what to expect regarding the boat being “locked” at night or the cabins being safe. But we quickly realized there was no need to worry – not just because of the very lowly populated areas we went to but also because the captain had everything under control. There was no need to feel anything but safe.

Adding another layer of comfort was that Captain Laurent lives in one of the towns we sail through. So we knew that if anyone was intimately familiar with the area and nearby cities, it was him.

He Was Previously a Barge Cruise Host

One of the unique things about Captain Laurent is that he previously held other positions in his long boating career. He was a host, which is why he knows how to perfectly fold the toilet paper (which he joked was something he had to show his wife when they first met while working together on a boat years ago).

But the beautiful thing about this is his willingness to make guests feel comfortable and well taken care of.

From the moment we met him and he immediately took our packed bags off our hands to anything we wanted while on the ship, to when we said goodbye and he helped see us to the van, it was clear he always had our best interest in mind.

For example, one evening, he asked the guests if anyone wanted a pre-dinner cocktail. I took him up on his offer and asked him to make a dirty martini. He mentioned he didn’t know what was in a dirty martini, so I shared the limited ingredient information. He was on it!

And voila, he made me one of the best dirty martinis I had had in a while!To us, the captain didn’t need to offer us drinks or ask what he could get us. That wasn’t his job. But it just shows that the crew of four people aboard Anjodi is a team. And the captain isn’t “above” any task.

We’re so grateful we had such an awesome captain on Anjodi. The week’s experience sailing the historic Canal du Midi in the South of France was spectacular. Having Laurent Charbonnier as head of the boat was a delightfully unexpected experience that truly added to the joy we experienced barge cruising.

Ready to try these for yourself?

For more information on our Canal du Midi cruises, and the rest of our collection of luxury hotel barge cruises, why not order a free copy of our brochure today, or speak to a member of our team directly using our handy Contact Form. 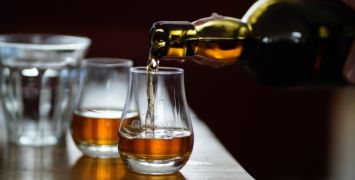 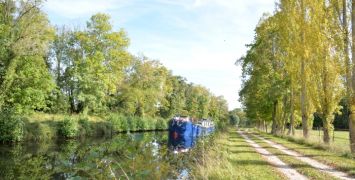