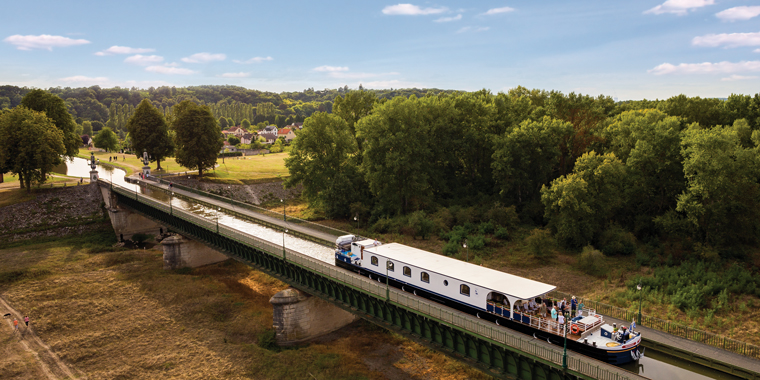 On one of our voyages along the historic canals of France, you may be lucky enough to be on board a hotel barge that traverses one of the country’s aqueducts. France is a country of undulating landscapes, criss-crossed with innumerable waterways, so the resourceful French engineers in earlier centuries had little choice but to build a number of aqueducts. These elegant structures are still in use today, crossing rivers and valleys and offering a stunning view for any lucky enough to be aboard a vessel gliding over one of them.

The Pont-Canal d’Agen on the Canal de Garonne in Southwest France was built in the mid-19th century, under the direction of the engineer Jean-Baptiste de Baudre and the first stone was laid by the Duke of Orleans. At a very respectable 1,750 feet in length it was the longest aqueduct in France when completed, although this has since been surpassed by some of the others on this list. 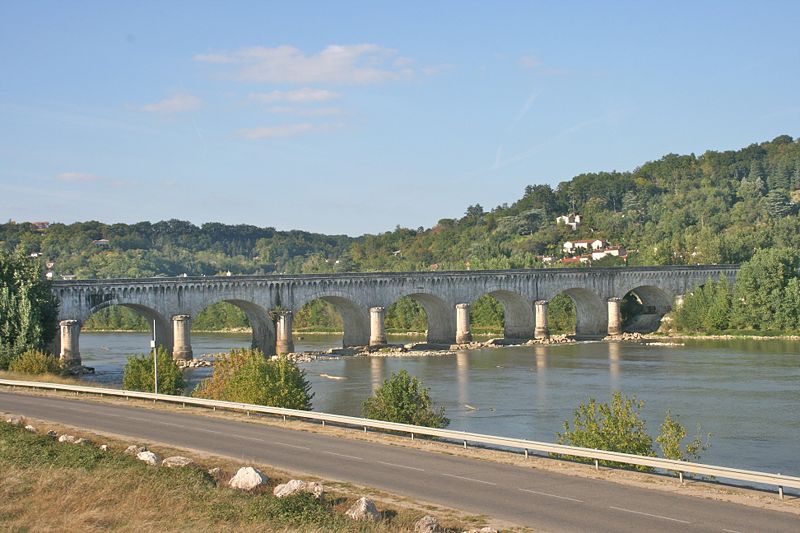 It’s quite low, at only around 30 feet high, but nonetheless commands wonderful views of the River Garonne it traverses. It is a very grand one to view from the ground too as its length and impressive 60 foot wide arches give it a stately appearance. It is one of the two aqueducts crossed by the charming hotel barge Rosa, the other being the Pont-Canal du Cacor near the ancient town of Moissac.

Should you choose to travel on the Renaissance, one of the most luxurious hotel barges in our fleet, then you will be fortunate enough to cross the Pont-Canal du Briare over the River Loire. At close to 2,200 feet, it is an extraordinary feat of engineering and an example of truly elegant architecture, which until 2003 was the world’s longest steel canal aqueduct. 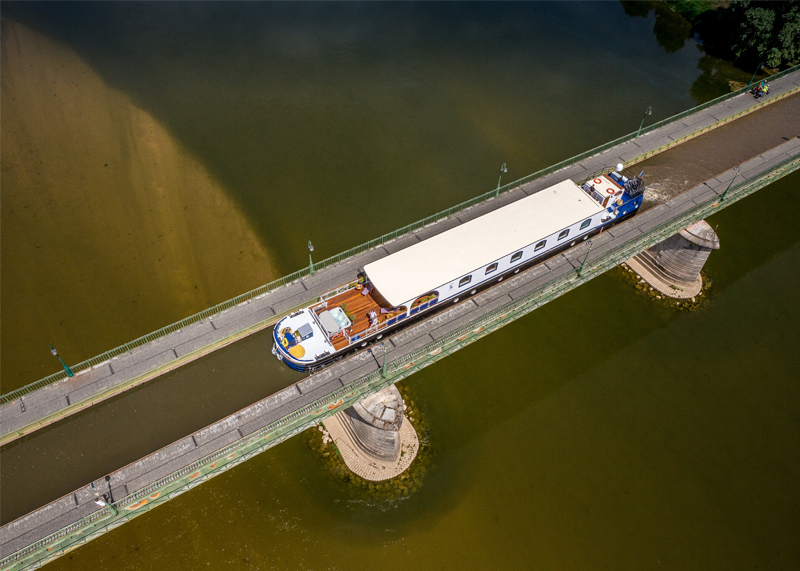 Built at the end of the 19th century by Gustave Eiffel, of Eiffel Tower and Statue of Liberty fame, its dual towpaths featuring tall Renaissance-style lanterns, make the Pont-Canal du Briare a unique place to walk or cycle alongside the barge. This is a must-see on any architecture-lover’s list and there’s no better way to experience it than aboard this luxury hotel barge as part of her gentle cruise along France’s oldest canal.

This aqueduct certainly isn’t as long as the Pont-Canal du Briare, but it is wider at nearly 100 feet. Designed by engineer Jean Magues, it carries the Canal du Midi over the River Orb at Beziers, and it is the well-known Anjodi that will take you across. This traditional hotel barge may well be familiar to fans of celebrity chef Rick Stein, who was on board with a film crew recording the hugely successful French Odyssey BBC TV series.

This aqueduct was especially significant when it was built in the mid-19th century when boats navigating the Canal du Midi also had to negotiate the Orb, putting them at the mercy of that river’s often treacherous conditions. Indeed, the river was once impassable for over a fortnight in the late 18th century, prompting the building of the aqueduct. 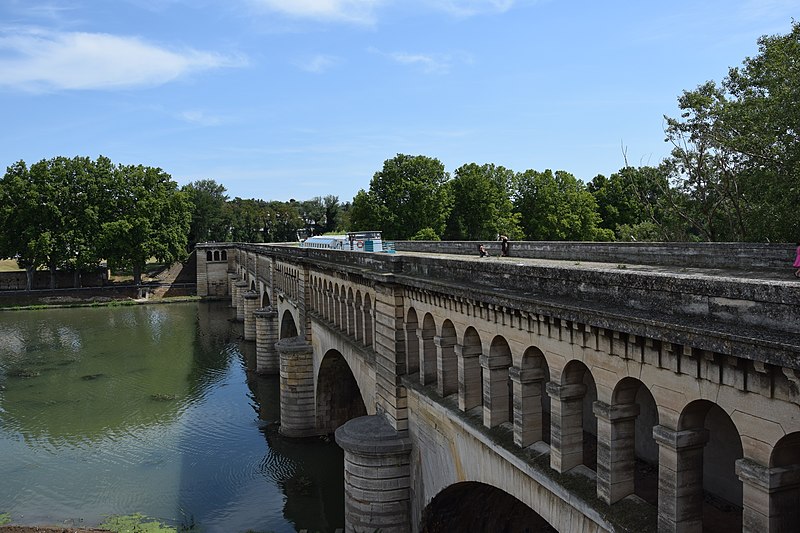 Whichever hotel barge you choose for your voyage of gentle exploration, there are opportunities for some unforgettable aqueduct crossings on some of France’s most famous canals.