The History of the Burgundy Canal

Planning a trip along the Canal de Bourgogne? Here’s our guide to the canal’s rich and complicated history…

The History of the Burgundy Canal

The history of the Burgundy Canal is long and complicated. Although the first act in support of its construction was the 1607 tax placed on local farmers to help finance a segment of the waterway, the final route was not agreed until more than 100 years later.

In the mid-17th century, Pierre Paul Riquet, the chief engineer of the Canal du Midi, proposed a route which was thought to be too expensive. Then, in 1696 the military engineer Vauban proposed five different designs – one of which was ultimately adopted 30 years later. However, work did not begin until 1777, at the beginning of the reign of Louis XVI.

Construction began in the west, alongside the River Yonne, working upstream towards the town of Tonnerre. A few years later, work began on the Saône side in the east, working west towards Dijon. The Yonne side of the canal fell rapidly behind schedule. And, due to inadequate funding – the construction of that section halted in 1793.

The French Revolution and the Napoleonic Wars further slowed progress on the construction. The State of Burgundy, however, pushed ahead – completing the first segment of the canal between the city of Dijon and the River Saône 15 years later. It was in December 1808 that the first barges arrived in the port of Dijon. Yet even with the support of the Emperor Napoleon, the completion of the full canal still met numerous delays due to problems with financing and construction.

The Building of the Tunnel

Finally the necessary funds were secured and the project was brought to completion. In late December 1832, the first boat to traverse the entire route of the Canal de Bourgogne set out from Paris, arriving in Dijon on January 3, 1833. The canal at last connected the north of France to the south and the River Seine to the River Rhône. One of the final challenges of the construction project was the complicated and impressive Pouilly Tunnel, which forms the summit. The building of the tunnel started in 1826 and took six years to complete, some say partly with forced labour in the form of English prisoners of the Napoleonic Wars.

The tunnel is two miles long and runs in a straight line. At the time of construction, 90% of the work had to be done by hand which was a hard and dangerous job. At its deepest section, the tunnel runs 150 feet below the surface. 32 shafts were constructed to assist in hauling the spoil to the surface during the digging and today, these shafts provide ventilation to the boats passing through the tunnel below.

In the early years of the tunnel’s use, bargees had to pull their barges along the length of the tunnel using a chain attached to the wall with passage through the tunnel taking up to 10 hours. In 1867 a steam tug was put into use to haul barges through the tunnel and in 1893, this was replaced by an electric tug, greatly reducing passage time. Although the tug is no longer used, visitors can still see it displayed in the small town of Pouilly-en-Auxois.

As well as constructing the canal itself, the builders had to address the problem of water supply which was particularly acute due to the height of the summit at Pouilly and the limited amount of natural water. In the end, two supply channels and seven reservoirs had to be built to store water upstream and keep the canal full during periods of drought. Even today, maintaining an adequate water depth in the canal is a constant challenge.

Further construction included housing for lock keepers, as well as “maison gardes” which were occupied by teams of maintenance workers who would move along the canal to do repair work. Today, almost all the lock houses remain, but many of them have become holiday cottages as the numbers of lock keepers has fallen. Now, one keeper services a number of locks with the help of some automation and a car or scooter to move quickly between the locks in his or her charge.

The Shift from Commercial Importance to Tourism

Like the other canals in France, by the mid-19th century its commercial importance was starting to wane. By 1882, lock sizes had been increased to the Freycinet standard to allow 250 tonne barges to pass, but speeds were still slow compared to newly arrived rail transport, particularly with the Pouilly tunnel which only permitted one-way traffic. Fortunately, in more recent times, tourism has breathed new life into the waterway and the towns it serves, and today the Canal de Bourgogne is one of the most popular pleasure-boat destinations in France.

In addition to the undulating countryside and the historical significance of a number of towns on its route, the region is of course famous for its superb wines. To find out more about Burgundy’s wines, click here.

For help with planning your very own luxury barge cruise through Burgundy, visit our website or contact one of our dedicated cruise specialists today. 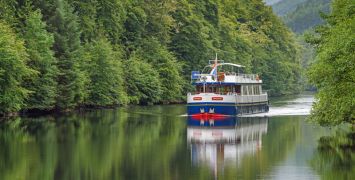 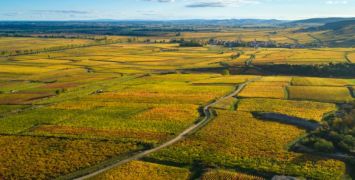