500 Years of Royal Food and History 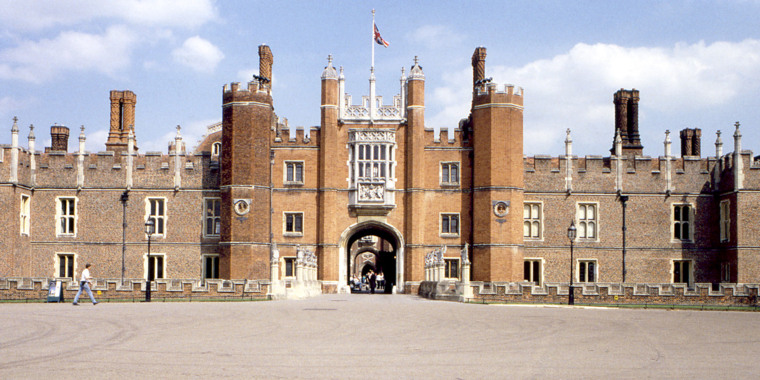 Hampton Court Palace, sited alongside the River Thames and once King Henry VIII’s grand residence, celebrates its 500th anniversary this year. There are all kinds of events taking place to commemorate this milestone and at the heart of activities will be The Great Kitchen.

The Great Kitchen comprised 55 rooms, staffed by 200 people, from Master Cooks to humble scullions, feverishly working in very hot, uncomfortable conditions to provide 600 meals twice a day to the Royal Court. There were six fireplaces with spit-racks roasting a wide range of fresh meat such as deer, wild boar and even swan, all washed down with copious quantities of beer.

Throughout the year visitors will be able to experience what it was like 500 years ago and enjoy the aromas of sizzling joints being spit-roasted as The Great Kitchen comes alive again during a series of demonstrations.
For those people who cruise the Royal River Thames on our hotel barge Magna Carta, the usual guided tour of Hampton Court Palace that is included in the itinerary will be even more fascinating.

Moving forward 500 years to 2016 and continuing with the Royal theme, Her Majesty Queen Elizabeth II celebrated her 90th birthday on April 21. Known for her strong sense of duty, it was still ‘business as usual’ for The Queen as she carried out a series of engagements during the day including a walkabout of Windsor to meet some of her loyal subjects.

In the evening, she lit a beacon which will set in turn a total of over 1,000 beacons across the country and worldwide. A Very Happy Birthday Your Majesty!

The Best of Italy: Themed Cruises for Your Perfect Holiday